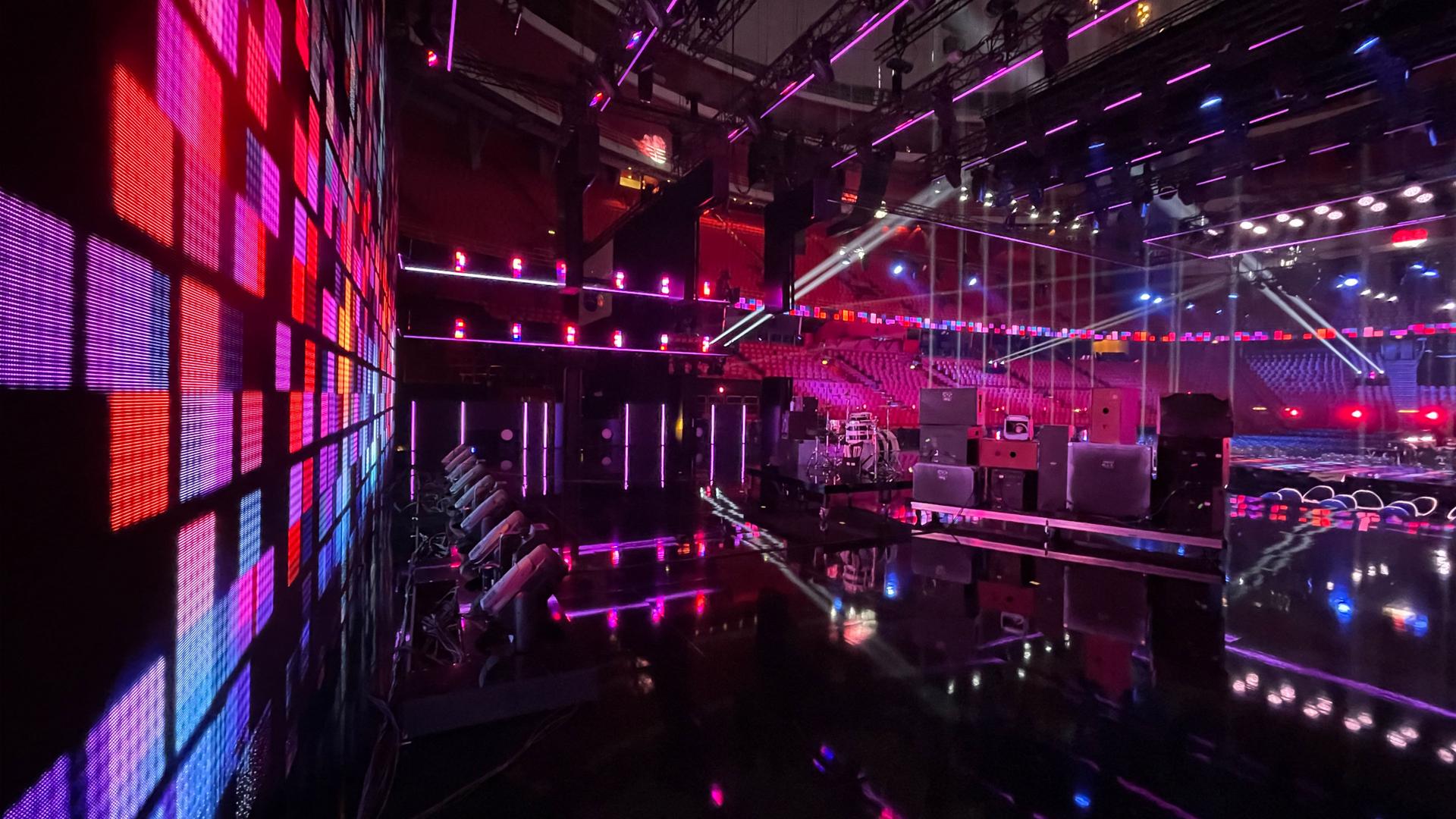 Green Wall Designs, a Sweden-based company that creates visuals, sets, and lighting designs for stage performances, TV, and events, were responsible to light up the national song contest that decided who would be the winning group to participate in the Eurovision. The event was held in April '22 at the Avicii Arena in Stockholm.

“We used a total of 103 PROLIGHTS SunBlast 3000FC in the main rig, and additional 8 units during the finals,” said the team at Green Wall designs, adding: “They were a big part of the show, we used them in almost every song and they were a huge crucial to the Melodifestivalen 2022 look. Their brightness combined with the option to use all 48 cells pixel mapped individually enabled us to use them in different ways depending on the song's mood and feeling. All from brutal bursts controlled by the lighting console to detailed twinkles played from the media server. We also used them to extend the video content from the screens and led strips into the lighting rig.”

During the pre-production trials, the Green Wall Designs team reached out to Calle Brattberg from Gobo A/S, the Swedish distributor of PROLIGHTS, who worked along with the manufacturer to create a new software mode tailored to this application: “We requested a mode that would fit what we were doing, that was sort of good at everything. We wanted to use a basic colour strobe with the effects generator and background colour but also use all 48 zones in 16-bit. This made it possible to quickly program strobes and bursts with relatively few fixtures, while still giving us the choice to use all 48 cells and pixel mapped when needed. We were impressed with the speed the PROLIGHTS R&D team made this mode for us.”