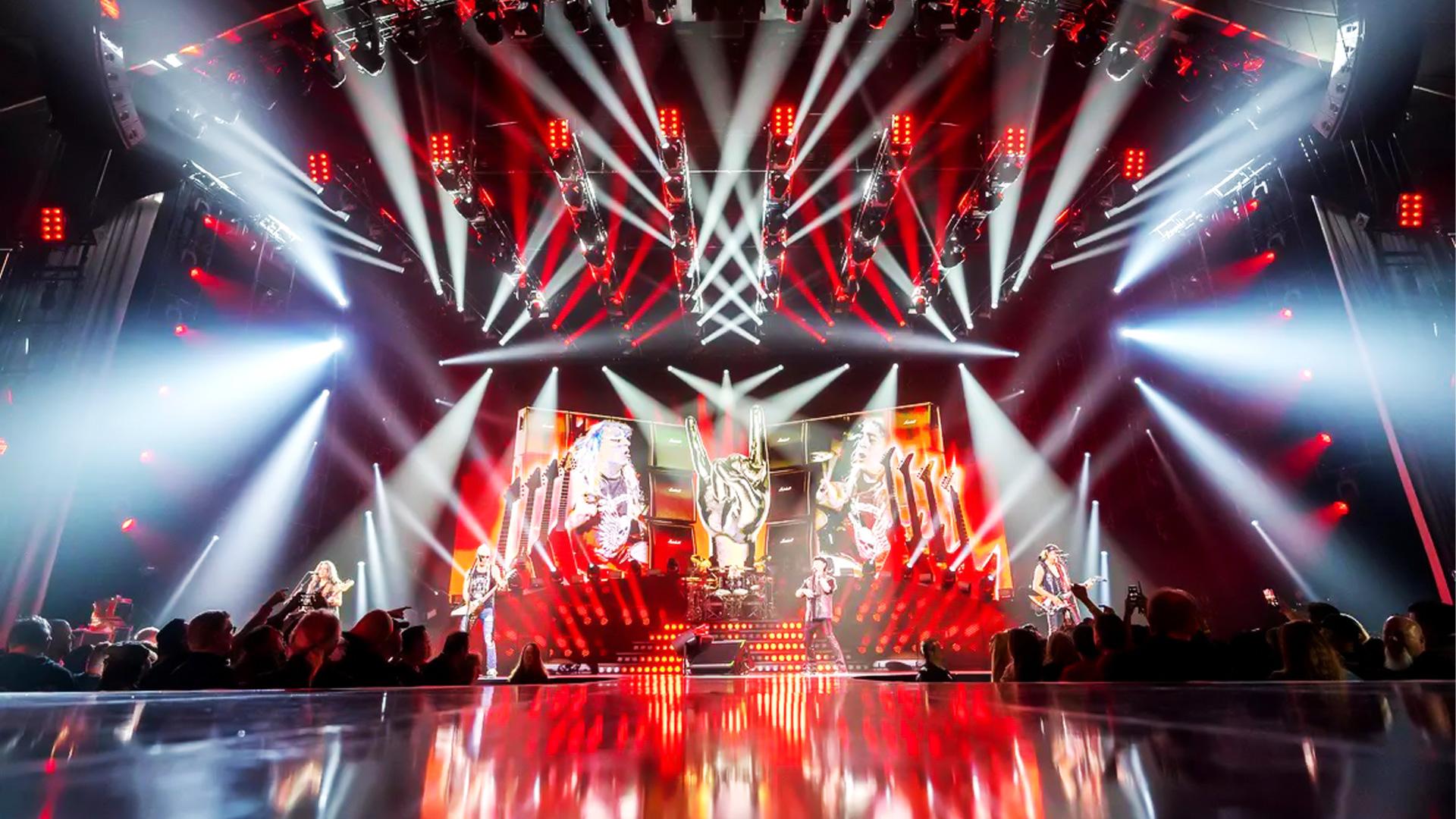 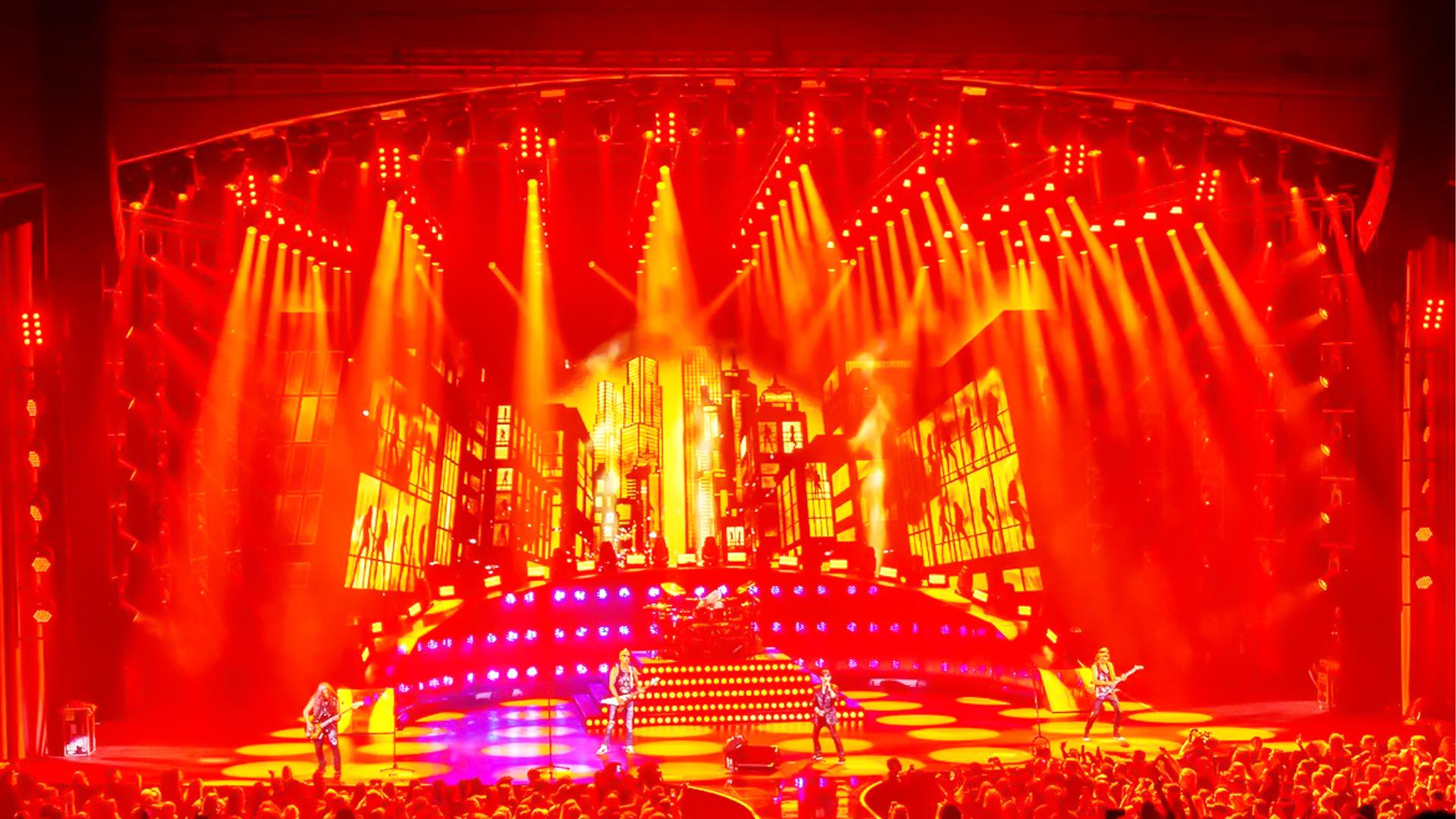 The "Rock Believer" world tour kicked off in March and April in Las Vegas, with a residency by the Scorpions at the Planet Hollywood Hotel & Casino. Manfred Nikitser has been there from the start, where he has been the lighting designer for the Scorpions family since 2015 and, for the current tour, relied on the the Prolights ArenaCob 4FC LED blinders, among other things.

"The Scorpions are a classic hard rock band, but they have always had a very modern approach to their tour and set designs," explains Nikitser, who also worked for the band as a video programmer and operator at the beginning of their long-standing collaboration. "Even on the previous tours, the stage was very clean, without the typical amp setups in this genre. In addition, a lot of work is done with LED screens.” For the current Rock Believer tour, however, the Scorpions consciously opted for a classic rock'n'roll stage design with predominantly physical materials and haptic set structures.

A central element is the impressive, pyramid-shaped drum riser with an area of ​​6 x 5 meters. In order to stage the five steps leading upwards, they were provided with a total of 83 Prolights ArenaCob 4FC LED blinds. "We deliberately didn't want a riser that was too high, so as not to tear apart the harmonious overall look of the stage and to emphasize the band idea more," explains Nikitser. "The band should use the steps to interact with the drummer."

For a long time, Manfred Nikitser was looking for a light element with which the steps could be emphasized in a rock-typical way - and only found what he was looking for a few weeks before the start of the residency show at Prolights. “The ArenaCob fit perfectly because they give the torch look of conventional blinders even when they are switched off. In addition, I was impressed by the dimming behaviour, which works like a DWE blinder if required.” In addition to the 83 permanently installed ArenaCob 4FC in the drum riser, Nikitser uses 36 further units as pairs of 2 in the ceiling to create an old to create the School 8 Lite look - "with the advantage that you can also do colour."